Module:A Game of Thrones: The Board Game (Second Edition) 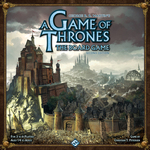 Game of Thrones & Dance with Dragons

The clanmacrae9 version of A Game of Thrones 2ed is built upon the 1.31 version below by E.Cameron. However, it is not compatible with that or any of the versions below. This version has the following major changes:

AGOT2ED - MoD is a rebuild of clanmacrae9 v1.3 and as such, thanks for providing the basis for this module.

Game of Thrones - A Feast For Crows expansion

Game of Thrones and Dance with Dragons:

I have made the presets for 3-6player games formerly in the module available online. They are compressed together in .rar format (if you don't know what that is, ask a friend. These saves can be found in my public dropbox folder here: https://dl.dropbox.com/u/16600563/Presets-v1.28.rar

For those who have been wanting to know what some of the changes are for v2.0 that I've been working on, this is a preliminary screenshot. A lot of it will be changing over the next little bit, but if you have any preferences, please feel free to E-mail me your ideas (preferably constructive ones) or chat me up if I'm online in the module. The screenshot can be found here: https://dl.dropbox.com/u/16600563/Game%20of%20ThronesMap.png

Happy conquering to y'all!

Nothing major, just a couple things intended to speed up the game. ... and the txt file includes a link to the rules and online info.

Changes intended to speed up gameplay:

Other changes that may interest you (or you might overlook):

Version 1.1 is based on the 1.0 version I found on the net. Notable changes from that version:

Currently a version 1.2 is planned which will include a little more automation to speed up play and avoid some common mistakes. If you run into any bugs with 1.1 feel free to contact me by email.

Version 0.8 has a Notes Window added for bidding during PBEM play

→ See also: The most important things that I programmed

Retrieved from "https://vassalengine.org/w/index.php?title=Module:A_Game_of_Thrones:_The_Board_Game_(Second_Edition)&oldid=64725"
Categories:
This page was last edited on 10 January 2021, at 08:37.
Content is available under Creative Commons Attribution-ShareAlike unless otherwise noted.
This page has been accessed 4,024 times.
Privacy policy
About Vassal
Disclaimers