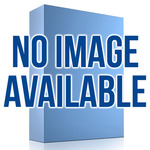 New political events table for use with specified scenarios.

Save game file with units deployed in suggested starting positions (based on peaceful conditions). USSR units are pretty accurately placed. Everything else flexible.

Zip file containing word versions of the supplements plus an excel file with resources (SF, Political Events, Casualty tracker etc.) The rules, scenarios and setup are works in progress but things have slowed down recently so I figured I'd get it all out there for others to enjoy / use.

Based on Victory games classics Gulf Strike and Aegean Strike. This expansion includes both those as well as covering the entire Arabian Peninsular, eastern Egypt, a bit more of the Balkans, significantly more of the Caucasus and USSR 'stans, Afghanistan, Pakistan and India.

Hugely based on the original Gulf and Aegean strike works done by Richz99 and Craig68x.

Original orders of battle for the nations covered by the original Gulf and Aegean strike.

More to come: Suggested rules for using the new units, expanded reinforcement schedules for NATO, USSR, Warsaw Pact. Mega and smaller Scenario suggestions (yes including an Alien invasion ... cos why not?).

A revised map is being worked on to iron out some Strategic map alignment and earth curvature issues.

Retrieved from "https://vassalengine.org/w/index.php?title=Module:Middle_East_Strike&oldid=71649"
Categories:
This page was last edited on 13 July 2022, at 08:16.
Content is available under Creative Commons Attribution-ShareAlike unless otherwise noted.
This page has been accessed 904 times.
Privacy policy
About Vassal
Disclaimers