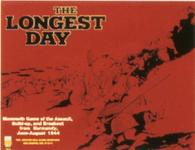 Some image work on the control panel to reduce size of buttons.

ZOC has been installed as well as Interdiction AOE, Enjoy. Formation Highlighting is installed as well as Assigning an independent unit to either a corps or Division and they will highlight with the rest of the formation. Replacements can be hard to find sometimes so a replacement highlighter has been added as well as a supply highlighter. Stacking issues have been resolved and map layers are doing what they are supposed to do. Many off board movement functions have been automated and a remnant counter is now included in the reduction of a unit. Not all Units are eligible for Remnant counters so if there is no option for reducing an inverted counter then they do not get a remnant layer. Merry Christmas to all our Longest Day players.

we are still experiencing an issue with the refresh of counters, when using a saved game file and trying to refresh counters for updated fixes, the unit assignment label on the counters will disappear in favor of the refresh.might have to report this as a bug.

All fortifications now have a shaded area to remind the allied player of ZOC areas that a unit must stop movement in. Including three hex front forts. 2 scenarios, Normandy and Campaign, have been updated to show zoc areas on the onboard counters.

Highlight divisional formations has arrived, including the three assigned independent tracked or infantry units. To assist in the assignment of independent units, use the show formation function to retrieve the formation ID from the HQ or any subordinate divisional units and use that name to assign to an independent unit. When assigning artillery to Corps use a similar process. The Scenarios are in need of refreshing due to many corrections in the mods in the past but not implemented in the scenarios, All scenarios should be refreshed before play or after a scenario is loaded.There is 1 glitch in the refresh that may remove assigned independents from their formation assignment.

Historical Counter Replacements for the U.S. and Commonwealth.

Retrieved from "https://vassalengine.org/w/index.php?title=Module:The_Longest_Day&oldid=72724"
Categories:
This page was last edited on 16 November 2022, at 08:19.
Content is available under Creative Commons Attribution-ShareAlike unless otherwise noted.
This page has been accessed 2,698 times.
Privacy policy
About Vassal
Disclaimers