VASSAL Overview - What Does It Do?

VASSAL is an engine for building and playing Internet-capable versions of turn-based, human-vs-human games. Players move and manipulate game pieces via the mouse while typing accompanying text. Moves can be recorded into a log file and stepped through one at a time for email play. During live Internet play, all moves and text are automatically broadcast to other players in real time. Combining a live VASSAL session with a third-party Internet voice-chat tool (such as NetMeeting or TeamSpeak) allows you to play with people around the world at very close to face-to-face pace.

What distinguishes VASSAL from other board gaming tools?

VASSAL's interface is the simplest and most intuitive you'll find. To move a piece, simply click and drag. When connected to the server, you'll see your opponent's pieces move on your screen in real time. You can also watch other people's games in progress without participating. Games with any number of players are supported.

VASSAL modules are highly customizable, allowing you to select exactly the features that make sense for your game. For example, you can organize the playing pieces into windows with any combination of tabs, pull-down menus, and scroll lists. 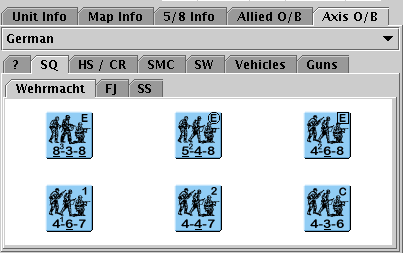 Game Pieces are the most customizable aspect of a VASSAL module. Each piece will have its own right-click menu of actions specific for that piece type with keyboard shortcuts for each entry. Import your own graphics from any source in standard formats. When defining your pieces, you choose from a comprehensive list of traits that can be combined in almost unlimited ways. 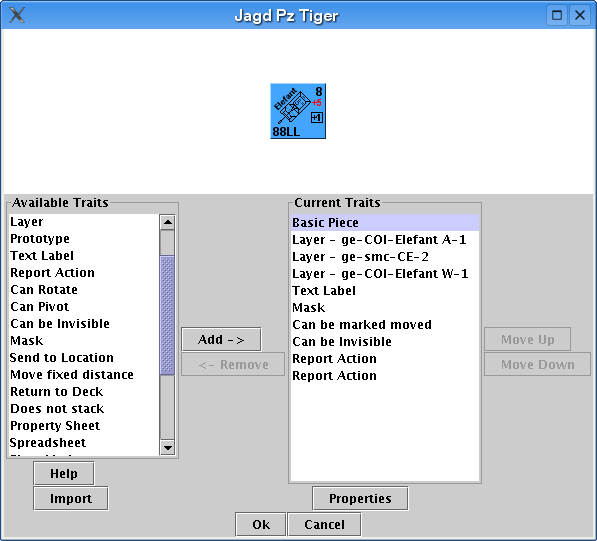 Retrieved from "https://vassalengine.org/w/index.php?title=Overview&oldid=30364"
This page was last edited on 18 December 2012, at 14:18.
Content is available under Creative Commons Attribution-ShareAlike unless otherwise noted.
This page has been accessed 4,420 times.
Privacy policy
About Vassal
Disclaimers