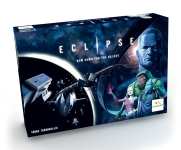 2.0 is a major update by Vasalli; This version includes all official Extensions. In addition to implementing the extensions, I have modified and further developed some of the game mechanics.

I hope you will enjoy the game as much as myself and our test group. Picture quality is less than perfect as we did not have access to the original art work. This means that some of the images have been scanned from actual board game pieces.

1.5.3 is a minor update by coppro; the only real change is that the green colony ship now appears only when the Plantae side is up. EDIT: I got it backwards. Will fix when I get the chance.

1.5.2_xod ships improved graphics I (Xodetaetl) have made in 2012. Replacing the blurry background with a new image using a touched up artist's version of the milky way, fitting the lore. I also remade population cubes and touched up other pieces. See screenshot below. Versions 1.5.2 and 1.5.2_xod should be able to play together, let me know if you have any issue.

1.5.2 contains mostly bug fixes and is strongly recommended for all new games. 1.5. is stable enough to complete any ongoing games, no worries there. Older releases should be downloaded and inspected only out of curiosity on how much this module has been improved. ;)

Before playing, please go through Instructions in module, found behind question mark in toolbar.

Module is in open beta, although fully playable. Feel free to offer any tips and help in developing it!

Retrieved from "https://vassalengine.org/w/index.php?title=Module:Eclipse&oldid=61323"
Categories:
This page was last edited on 25 July 2020, at 01:55.
Content is available under Creative Commons Attribution-ShareAlike unless otherwise noted.
This page has been accessed 1,333 times.
Privacy policy
About Vassal
Disclaimers