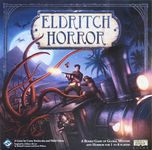 Important: You need a physical copy of the game to use this module. In order to comply with FFG's policy, text has been redacted from some cards. Specifically, the following text is missing:

Refer to your physical copy of the game when this text is required. Condition cards can be identified by their title, and Spell cards by the combination of their title and number.

The fonts on some cards (Encounter cards and Mythos cards for example) are not correct when VASSAL is run with Java 6 or earlier. It seems that system default fonts are being used, making the cards pretty much unreadable.

To fix this, download and install a Java Runtime Environment (JRE) with version 7 or higher. JRE installers are available for download from the Oracle website - at the time of writing, the latest version (8u60) can be found here.

The Preferences dialog contains an option labelled Use combined application window (to access it, after opening the module go to the File menu, choose Preferences, then select the General tab if it isn't selected already). I recommend you disable this option, by unchecking the box and restarting the module. Window management with this module works better if the windows are independent.

By default, the Mountains of Madness sideboard is placed below the main map. You can move it to the right side of the main map if you prefer - first select the sideboard by holding down the SHIFT key and clicking on it. Once selected, the sideboard can be dragged and dropped where you want it.

Retrieved from "https://vassalengine.org/w/index.php?title=Module:Eldritch_Horror&oldid=63784"
Categories:
This page was last edited on 27 November 2020, at 16:45.
Content is available under Creative Commons Attribution-ShareAlike unless otherwise noted.
This page has been accessed 2,581 times.
Privacy policy
About Vassal
Disclaimers