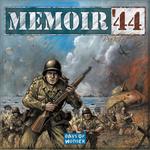 All Memoir '44 components are located inside the main module, this is all you need to play with someone. Scenarios are available in the extensions, they have been split up due to their filesize. The version 10 module is based on previous versions of this module, but the improvements made in each new version are not backwards compatible.

2. Due to the large number of scenarios mistakes sometimes happen. If you notice any problem or error with a scenario, please report it to bdgza so it can be fixed.

Extension version numbers include an extra digit because they may be updated more frequently than the main module file. The final digit of the version number of individual extensions may differ from other extensions. You should not use extensions from previous module versions with this module.

How to Check MD5 Checksum of a File (Win/macOS)

The module is compatible with VASSAL 3.6.7.

The module contains content from all Memoir '44 products. If you do not own a certain expansion, ignore the content from that expansion in the module.

When deciding on a card, place it in the center of the board. The other player then moves the card to the discard pile.

Before rolling the dice, declare how many dice you are rolling, and wait for your opponent to agree.

If a roll is done for more than the amount of dice allowed, dice are read left to right.

If there is anything that you are doing that may be unclear visually state it in the chat window before you attack.

At the end of your turn, press the "End Turn" button.

There are a few custom Java classes in the Memoir '44 Module. They are available here: GitHub

Retrieved from "https://vassalengine.org/w/index.php?title=Module:Memoir_%2744&oldid=71543"
Categories:
This page was last edited on 28 June 2022, at 09:51.
Content is available under Creative Commons Attribution-ShareAlike unless otherwise noted.
This page has been accessed 6,195 times.
Privacy policy
About Vassal
Disclaimers